I didn't want to get charged dollars per month for a running ec2 instance, so I wanted something that was lightweight e.g. serverless, and easy

For example I also tried following this tutorial which uses the web based UI (https://www.youtube.com/watch?v=mw_-0iCVpUc) and it just did not work for me....I couldn't stay focused (blame ADHD or just my CLI obsession?) and certain things like "Execution role" that they say to modify are not there in the web UI anymore, so I just gave up (I did try though!)

To install aws-sam I used homebrew 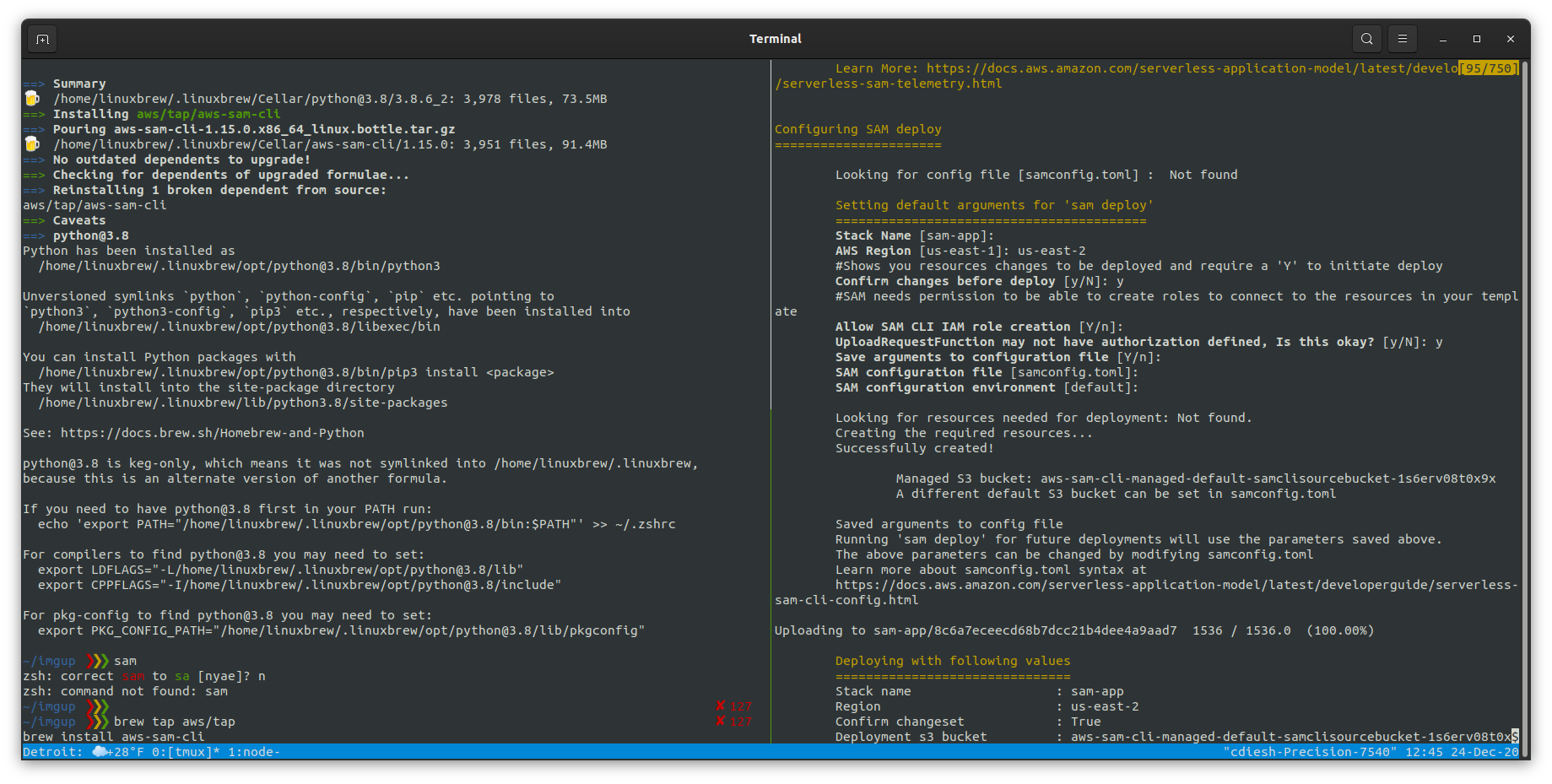 I test with curl instead

The premise of this is you make a request, and then the response from the API is a pre-signed URL that then allows you to upload directly to S3. You can use curl <url> --upload-file yourfile.jpg. This automatically does a PUT request to the s3 bucket (yes, this is talking directly to s3 now, not the lambda! the lambda is just for generating the "pre-signed URL" to let you upload). Careful to copy it exactly as is

There is no response, but I can then check the s3 console and see the file upload is successful (all files are renamed)

Figure shows that the file upload is successful :)

Then we can edit the file frontend/index.html from the repo we cloned to contain the lambda with the /uploads/ suffix 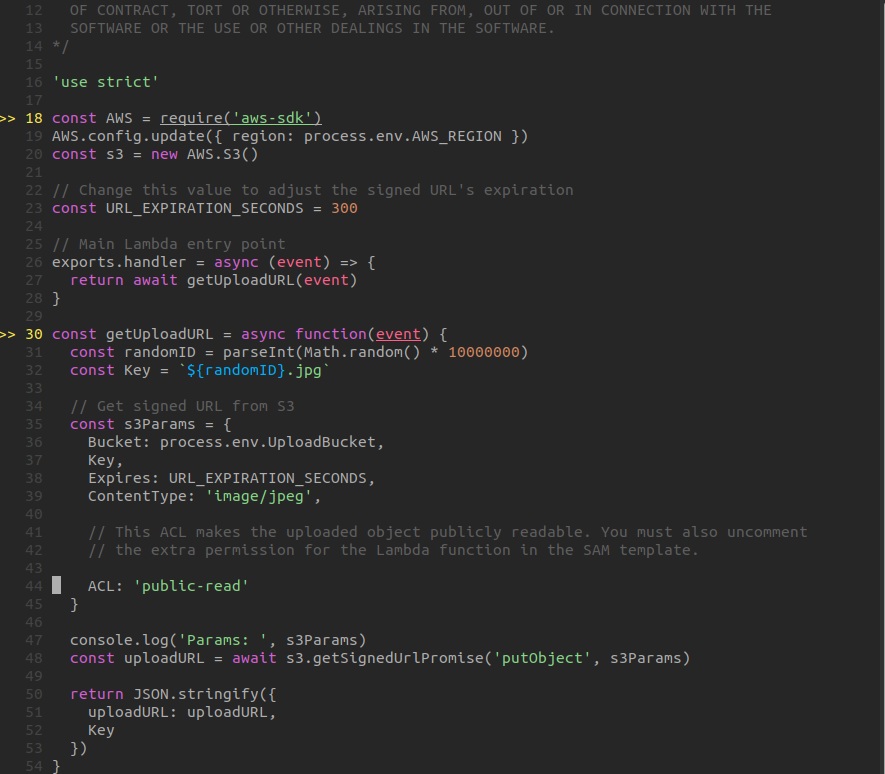 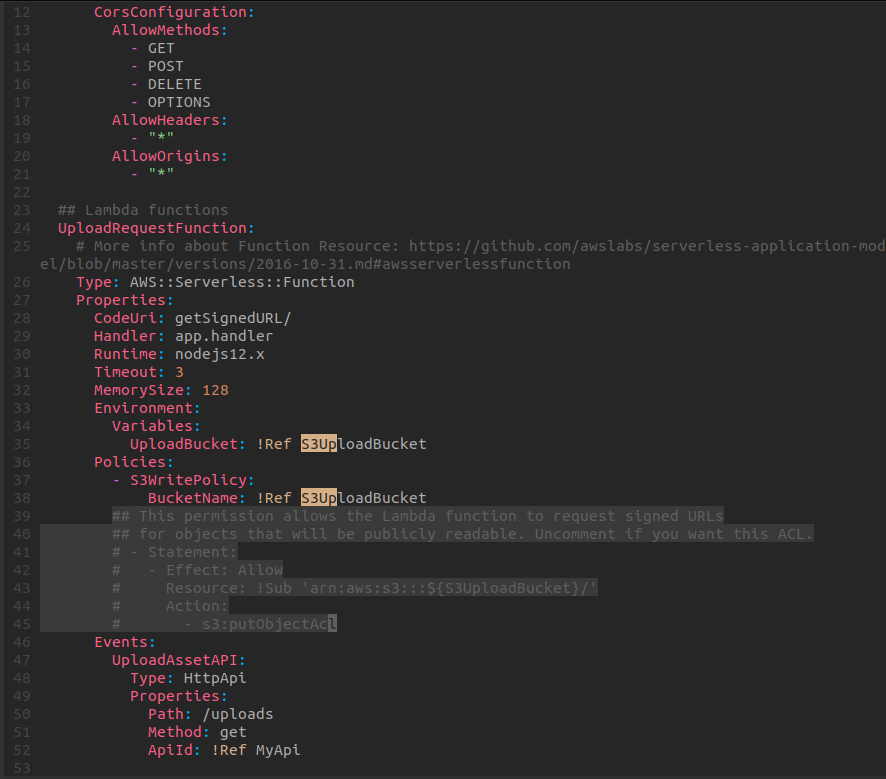 Figure showing the lines that need uncommenting in template.yaml in the root of the github repo that allows putObject in s3 with the public-read ACL

Re-run sam deploy --guided, same thing as at the start

Now the objects are publicly accessible!